John Katzenbach is the son of the late U.S. Attorney General and Undersecretary of State Nicholas deB. Katzenbach (author of a memoir of working in the Kennedy and Johnson administrations titled Some Of It Was Fun) and his psychoanalyst wife, Lydia Katzenbach. He was born in Princeton, New Jersey, attended The Phillips Exeter Academy (barely graduating by the skin of his teeth) and Bard College.

He began his writing career with the Trenton, New Jersey Times before moving on to the Miami News and subsequently the Miami Herald. He won prizes for his coverage of the criminal courts in Miami during the height of the drug trade. He then transferred to the Herald’s TROPIC Magazine, where he wrote about PTSD-suffering Viet Nam vets, grandmothers unjustly accused of first degree murder and disk jockeys on quixotic journeys. He left journalism following the publication of his third book and second novel, The Traveler, although he believes that no one who was ever a reporter on a big city daily ever actually leaves the business completely. Psychologically, that profession stays with you.

The background I received covering crimes, especially down in Miami, Florida, was an education in the curious and awful things that people conceive of to do to each other. That I was able to take much of what I learned and translate it into thriller-fiction that emphasizes the psychological is really a happy marriage of experience and the odd way that I look at the world. Motivation has always intrigued me. Events – even those as clear-cut and decisive as pulling the trigger on a handgun – rarely occur in an emotional vacuum. What I enjoy writing about is the underpinnings of crime and all the factors – physical, psychological – that come into play. I think, ultimately, success as a writer comes from the way one sees the world around them. And, if, as a writer, you are intrigued and fascinated by events – then so too will your readers be. 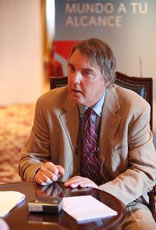 A FORMULA FOR WRITING?

No, I’ve never worked out any precise plan, where I know that, say, by chapter three I need to have a dead body and by chapter six, a dedicated police official… But, I think, as one goes through their career, the only way to keep their prose fresh is to actively seek to avoid formula. The key moment in the creation of any novel is not when one imagines the story they want to tell – it comes when the writer tries to figure out the best way to tell the story. That really goes a long ways to defining how the book will be paced. 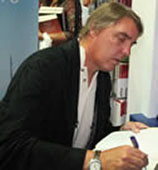 Well, the first thing to keep in mind is that research actually limits your creative impulse. But, in the same regard, verisimilitude is of critical importance. So ultimately, it’s a balancing act between detail and invention. The idea is to create something that is psychologically accurate, so that readers have the sense that they are investing in a plot, characters and scenes that have a certain truth to them. All the observation and research in the world won’t necessarily create that – but what does is a dedication to an emotional authenticity.

Let me say this: the genesis for the novel came out of conversations I had with my father. As he aged, I discovered that many people had talked to him about his career and many of the other important things he’d accomplished. But few had ever questioned him about his experiences in POW camp in Germany during the Second World War. Details of his experience were known – but the real emotional impact of the 1000 days he spent as a “guest” of the Luftwaffe was something he had never spoken about. Of course, in the midst of our conversations, I asked him about whether there had ever been a crime in the camp (Stalag Luft  3). He said not really, at least nothing serious. But I imagined a murder. And I saw the entire novel. He was, parenthetically, quite happy with the story and with the book – because it had those elements of truth contained within. I think he was a little disappointed by the film version – as I was – because some of the subtleties of the novel were discarded so rapidly – and they were what gave the story its depth. He was also troubled by some of the historic liberties the filmmakers took, which, eventually, removed some of the edges off the story and consequently limited the film. This was too bad – because they could have had a more meaningful film. That said, there were many moments in the picture that were terrific. And the film is worth seeing if only for the scene where the POW’s are on the transport train when it is attacked by a pair of P-51 fighters from the US Air Force – not knowing that they were shooting up their own countrymen. The scene is incredibly dramatic and wonderfully filmed – and exactly like something that actually happened to my father – and to others in those confusing days.

Curiously, The Analyst stemmed from a conversation I had with my mother very similar to what transpired with my father. I once idly asked her whether she had ever had any trouble with any patients. She replied no but said it was something every analyst worried about, because of the intensity of the therapeutic situation. Then I asked her how did she know the person on the couch was who they said they were? She laughed and replied Well, I guess we don’t really… and that was all it took for me to get started. 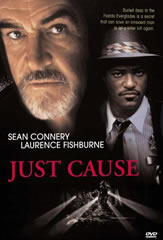 I don’t like to whine and complain too much. I get disappointed with some of the films, think that opportunities get lost, because in the process of adaptation often what I think is important isn’t what the screenwriters think. I guess my real complaint is that I don’t think all that many people in Hollywood really understand what drama is. The guys that do create wonderful, subtle, exciting films. The guys that don’t… Anyway, in an effort to put my money where my mouth is (an old cliché) I’ve written the script for The Madman’s Tale and there’s a good chance it will start filming this summer. So we shall see whether all my backstabbing, hushed voice complaining and overall bad attitude is justified… or not.

Inspector Javert and Raskolnikov (who is also the hero). I really admire Hannibal Lecter, and Party Leader O’Brien from 1984. Why I – or readers – like to explore this dark side of human behavior is a question I will leave to critics, psychologists, priests and folks far more learned than I am. I’m just glad we do. 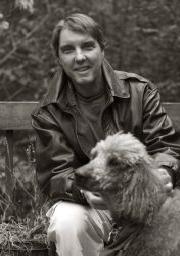 Well, actually, if truth be told, it’s only the external that seems boring and normal in my life.
Dog. Family. Fishing addiction.
On the other hand…The internal landscape is filled to overflow with adventure and conflict.