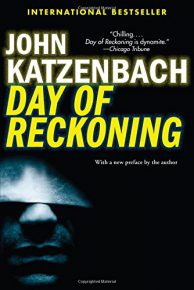 Megan and Duncan Richards have come a long way from 1968 and their radical past. He’s a banker; she’s in real estate. They have two teenage daughters and a young son. But the past has not forgotten them. From her prison cell, the beautiful and cold-blooded terrorist Tanya, with whom the Richards were involved in 1968, plots her revenge on the couple she blames for her capture. Soon she will be released from jail. Then she will start to pay them back — beginning with their son . . .